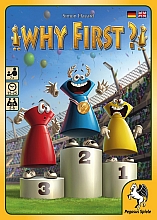 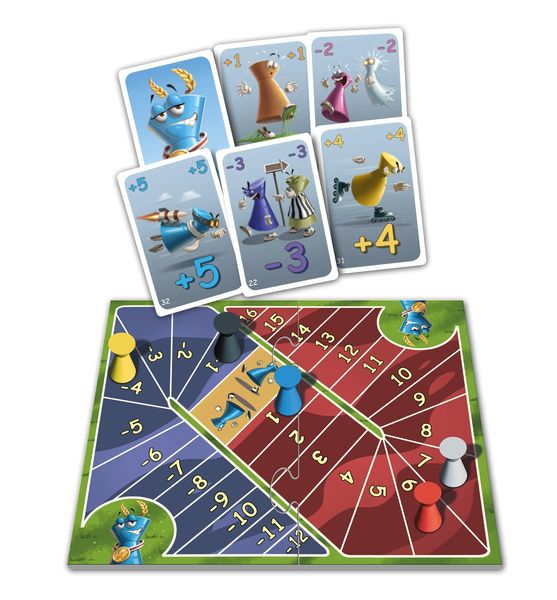 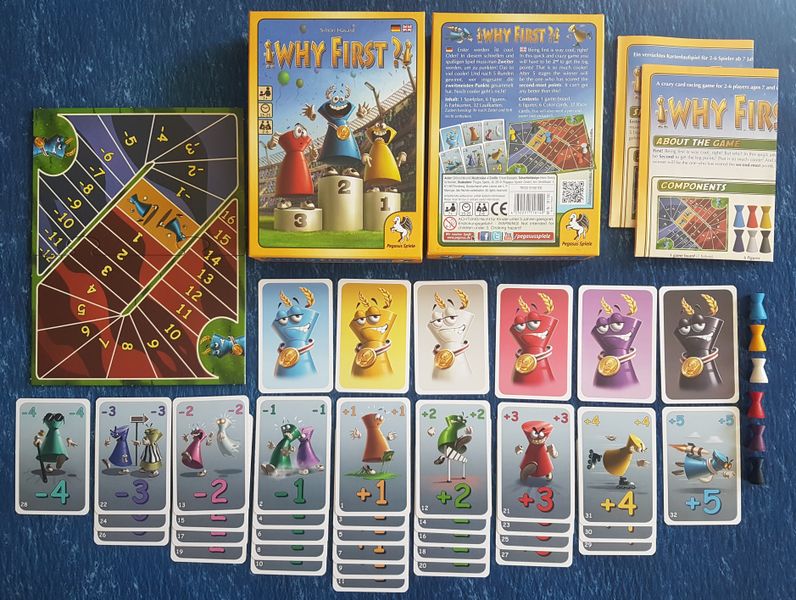 Why First? is a racing game in which players vie to be second in order to win.

The game lasts five races, with each race lasting five turns. At the start of each race, players receive a hand of five cards, with each card bearing a value from -4 to +5. The players' pawns start each race on 0 of the racing track. Each turn, players choose a card from their hands and choose which pawn to move with this card, then reveal them simultaneously and move the selected pawns forward or backward based on the cards they played.

After five turns, the race ends and the player in second place on the racing track wins, scoring a number of points equal to his position on the race track. All other players score nothing. (If the winner is in the negative portion of the racing track, he loses points instead.) After five races, sum all of the points scored; the player with the second highest total who has won at least one race wins.